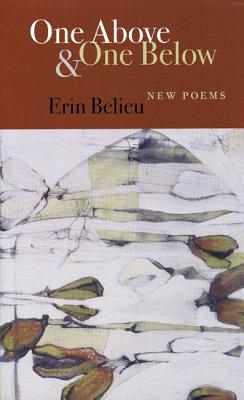 One Above & One Below

Erin Belieu's debut, "Infanta," was selected for the National Poetry Series and quickly sold through its large first printing. Both "The Washington Post" and the National Book Critics Circle named it as one of the best poetry books for 1993.

Now, in her second book, Belieu is proving herself a poet worthy of all the recognition. Coaxing a voice of urban chic from the dirt-filled roots of rural tension, these poems, many of which have appeared in publications such as "The New York Times" and "The Atlantic Monthly," are as captivating as any in American poetry.

"Here are freshness and art...a distinctive new voice, outpacing conventional expectations."-Robert Pinsky
BR>Erin Belieu was born in 1965 in Omaha, Nebraska, and educated at the University of Nebraska, Ohio State University, and Boston University. In addition to winning the National Poetry Series, she has received the Academy of American Poets Prize. She teaches at Kenyon College in Cambier, Ohio.

Title: One Above & One Below

One Above & One Below