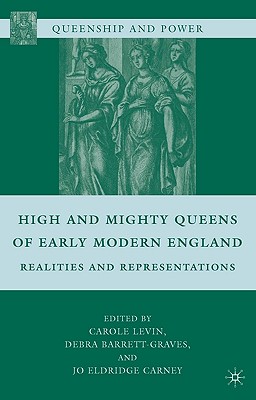 High and Mighty Queens of Early Modern England is a truly interdisciplinary anthology of essays including articles on such actual queen regnants as Mary I and Elizabeth I, and queen consorts such as Anne Boleyn, Anna of Denmark, and Henrietta Maria. The collection also deals with a number of literary representations of earlier historical queens such as Cleopatra, and semi-historical ones such as Gertrude, Tamora, and Lady Macbeth, and such fictional ones as Hermione and the queen of Cymbeline, all of them Shakespeare characters. This fascinating look at Renaissance queens also examines myth and folklore, Romantic or Victorian representations, and the depictions of queens like Catherine de Medici of France in twentieth century film.