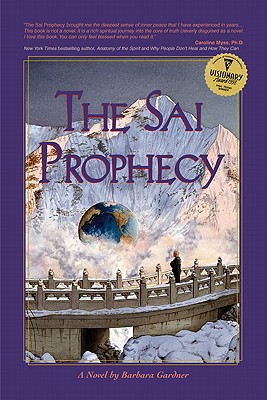 The year is 1899. A dying aborigine in Tasmania gives anthropologist Philo Hoffman a ring engraved with the words, Shirdi, Sathya, Prema. This ring takes Philo to a small town near Bombay where he encounters a remarkable Indian holy man. Thus begins a sweeping 160-year saga of romance, intrigue, tragedy and enlightenment, as five generations of the Hoffman family find their lives impacted by the three Sai Baba avatars of modern India. When the story shifts to modern times, Gina Hoffman, a cynical '90s-style businesswoman, inherits Philo's ring, fulfilling her destiny that connects her family to the Indian avatars. Against a background of political conspiracies, conflicting ideologies, and disintegrating social structures, the Hoffman clan is caught up in a global game of power and corruption. This suspenseful, masterfully crafted saga moves with purpose from the breezy mansions of Santa Barbara to the steaming byways of India, from a pastoral homestead in the mountains of California to the salons of Paris, from the religious melting pot of Jerusalem to an austere monastery in Ladakh. As a beleaguered civilization struggles to survive during the 21st century, the transformation of consciousness fostered by the Sai avatars begins to take hold. But, before the Golden Age can be realized, the long-awaited battle of Armageddon must be played out on a desolate, barren hilltop in the Holy Land.