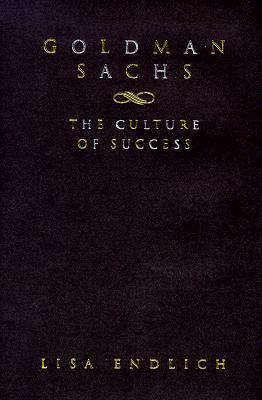 Goldman Sachs: The Culture of Success

The history, mystique, and remarkable success of Goldman Sachs, the world's premier investment bank, are examined in unprecedented depth in this fascinating and authoritative study. Former Goldman Sachs Vice President Lisa Endlich draws on an insider's knowledge and access to all levels of management to bring to life this unique company that has long mystified financial players and pundits.
The firm's spectacular ascent is traced in the context of its tenacious grip on its core values. Endlich shows how close client contact, teamwork, focus on long-term profitability rather than short-term opportunism, and the ability to recruit consistently some of the most talented people on Wall Street helped the firm generate a phenomenal $3 billion in pretax profits in 1997. And she describes in detail the monumental events of 1998 that shook Goldman Sachs and the financial world.
Her book documents some of the most stunning accomplishments in modern American finance, as told through the careers of the gifted and insightful men who have led Goldman Sachs. It begins with Marcus Goldman, a German immigrant who in 1869 founded the firm in a lower Manhattan basement. After the turn of the century, we see his son Henry and his son-in-law Sam Sachs develop a full-service bank.
Sidney Weinberg, a kid from the streets, was initially hired as an assistant porter and became senior partner in 1930. We watch him as he steers the firm through the aftermath of the Crash and raises the Goldman Sachs name to national prominence. When he leaves in 1969 the firm has a solid-gold reputation and a first-class list of clients. We see his successor, Gus Levy, a trading wizard and in his day the best-known man on Wall Street, urging greater risk, inventing block trading (which revolutionized the exchanges), and psychologically preparing Goldman Sachs for the complex and perilous financial world that was the 1980s.
Endlich shows us how co-CEOs John Whitehead and John Weinberg turned the family firm into a highly professional international organization with a culture that was the envy of Wall Street. She shows as well how Steve Friedman and Robert Rubin brought the firm to the pinnacle of investment banking, increased annual profits from $900 million to $2.7 billion, and achieved dominance in most of the businesses in which the firm competes internationally. We see how Goldman Sachs weathered both an insider trading scandal and the fallout from its relationship with Robert Maxwell.
We are taken to the present day, as Jon Corzine and Hank Paulson lead the firm out of turmoil to face the most important decision ever placed before the partnership--the question of a public sale. For many years the leadership wrestled with the issue behind closed doors. Now, against the backdrop of unforeseen events, we witness the passionate debate that engulfed the entire partnership.
A rare and revealing look inside a great institution--the last private partnership on Wall Street--and inside the financial world at its highest levels.

Goldman Sachs: The Culture of Success